A very few would want to live in a world without the sense of smell. Beautiful scents of flowers, healing aromas of herbs, freshness of citrus fruits, the air after rain, sweetness of vanilla or the subtle nuance of a complex perfume worn by a loved one; fragrances can alter mood and brain chemistry.

Fragrance chemicals are used in a wide variety of consumer products ranging from perfumes to personal care products such as creams, lotions, serums, soaps, shampoos, conditioners, cleansers and various other products, detergents and household products.

In toxicological studies and safety assessment for cosmetic/perfumery ingredients, skin sensitization is a key endpoint. Despite the ban in the EU , The skin sensitizing potential of fragrance chemicals is  still identified and quantified using one of the available animal test methods, such as the mice local lymph node assay (LLNA; OECD TG 429) or the guinea pig-based tests described in OECD TG 406.

SCCS takes action and makes recommendations to the EU Commission, based on the data received from International Fragrance Association (IFRA).

When warranted by concerns regarding the safe use of a particular ingredient, IFRA will issue an IFRA Standard.

IFRA Standards are prepared by the IFRA Scientific Committee and IFRA on the basis of the decisions made by REXPAN (The RIFM Expert Panel). The adoption of IFRA Standards includes a consultation phase of 3 – 6 months involving IFRA members, customer associations and other interested stakeholders.

The risk evaluation for skin sensitization of all chemicals is carried out using the following protocols. These methods may include Murine Local Lymph Node Assays (OECD, 2010a), Guinea Pig Maximization Tests (OECD, 1992), Buehler tests (OECD, 1992) and Open/Closed Epicutaneous Tests in Guinea Pigs. Human Repeated Insult Patch Tests (HRIPT) will also be taken into account if carried out according to accepted methods (Api et al., 2014).

As stated earlier, the Local Lymph Node Assay protocol on mice has been updated to OECD, TG429.

“According to the current legislative status, the full marketing ban for any ingredient tested on animals for the purpose of the Cosmetics Directive EC 1223/2009, regardless of the availability of non-animal alternative test methods has come into force since March 2013. And, article 18 about Animal Testing prohibits the placing on the market of cosmetics containing ingredients or combinations of ingredients which, have been subjected to animal testing”.

The Cosmetics Directive provides the regulatory framework, it establishes:

“Briefly, groups of mice (CBA strain) receive three daily topical applications of the test chemical on the dorsum of both ears. In standard analyses, three concentrations of the test material are evaluated together with the relevant vehicle control. Five days following the initiation of exposure all mice receive an intravenous injection of 3H-labelled thymidine ([3H]TdR). Five hours later animals are sacrificed and draining (auricular) lymph nodes are excised and pooled for each experimental group. A single cell suspension of LNC is prepared by gentle mechanical disaggregation and the cells washed and resuspended in trichloroacetic acid (TCA) for at least 12 h at 4 C. Precipitates are resuspended in TCA and transferred to an appropriate scintillation fluid. The incorporation by draining LNC of [3H]TdR is measured by b-scintillation counting and recorded as mean disintegrations per minute (dpm) for each experimental group. For each concentration of the test material a stimulation index (SI) is derived relative to the concurrent vehicle control. Those chemicals that at one or more test concentration induce an SI of three or greater are classified as skin sensitizers”. (Basketter et al., 2002)

Chemical sensitizer-specific T cells do not recognise the chemical itself but instead recognise a conjugate of the chemical (hapten) in the context of a protein fragment (a peptide), which is presented to T cells by antigen-presenting cells, such as LC or DC (Mehling et al., 2012).

It is my humble suggestion that the approval of the existing, and the development of new in-vitro, in-chemico or in-silico models for the COMPLETE replacement of animal testing should be considered as a high priority by the relevant bodies and organizations.

It is well recognised and accepted by the toxicologist that in-vitro cell-based assays for use as alternatives to animal testing must mimic the very complex interactions between the chemical substances and the different parts of the immune system (Mehling et al., 2012).

Cell-based in-vitro and in-chemico methods for the prediction of skin sensitizers as alternatives to animal testing are:

Finally, there is not a single testing strategy, the optimal result of tests depends on available data, and can be chemical-specific. Thus, a single test as a replacement strategy for animal testing is unlikely to be most effective.

I would like to emphasize that my objective here is not to criticise the validation methods/ processes, but to draw attention to the apparent ‘Double Standards’ that have resulted from the widely publicised incorporation of ‘No Animal Testing’ on cosmetic ingredients in the EU.

In other words,  fragrance ingredients which were tested on animals prior to testing ban in July 2009 and marketing ban in March 2013, can STILL be placed on the EU and global markets.

The regulation also raises the question; does the prohibition cover animal testing performed for any purpose, including to fulfil the requirements of EU legislation such as REACH or for purposes of non-EU legislation?

REACH regulation requires testing of those substances, which have not been previously tested, and that will add to the number of animals needed, and an increase in animal tests (Rovida & Hartung, 2009).

The following question and answer, is an excerpt from http://ec.europa.eu/consumers/sectors/cosmetics/files/pdf/animal_testing/at_responses/sccs_ia_2013_en.pdf

QUESTION: “On which endpoints do you expect testing data to be most needed in the next 10 years?

ANSWER: “Just as they were important in the past, the following assays will remain of importance in the future:

The LLNA test may be replaced in 5 years by a battery of in vitro tests. Kinetic studies in vivo may become more important to improve and validate the respective in vitro models” (Perkhidmatan, 2013).

It is quite evident that despite a stimulus by the EU authorities regarding no animal testing since 2004, the development and validation of alternative methods have not been sufficient for the skin sensitization test. 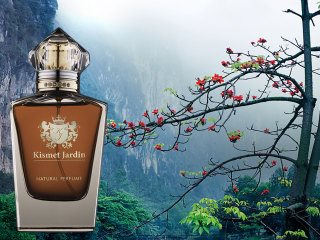 Free from Animal Testing: Our Perfumes Are Beautiful, Safe and Natural. Made With Pure, Precious and Rare Ingredients in South Australia. Kismet Jardin is a leader in re-establishing the age-old and harmless practices of Natural Perfumery. Pure, Precious & Rare!

“We could never learn to be brave and patient, if there were only joy in the world”. Helen Keller