Home › Health & Wellbeing › Even the plants have heritage, history and cultural connection!

Even the plants have heritage, history and cultural connection! 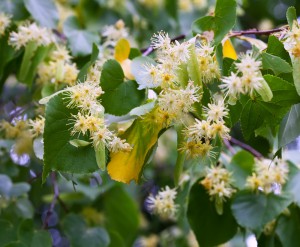 Can you name a plant, herb, extract, essential oil or a herbal recipe, which you have used to  treat a health disorder, ease pain or swelling, boost your well-being or cure an acute condition?

With the world running out of crude oil, a number of species dying out at an alarming rate, all of us should feel challenged and encouraged to suggest solutions to save and nourish plants and the natural world.

Plants are the foundational raw materials for life on Earth. As the plants and humans developed and grew together, a cultural relationship between plants and humans began to evolve. Because of complete dependence on the plants, herbs and flowers around them; humans have innate love for the nature.

Humankind and animals are dependent upon plants, since plants are the organisms at the base of the food chain, because of their capacity to photosynthesize—that is, to turn water and carbon dioxide into oxygen and sugars, in the presence of sunlight.

Even the plants have heritage, history and cultural-connection. We are a truly plant-dependent race whether we live in cities or in villages. If you like to have a healthy environment, breathe fresh air and eat nourishing food, then you should care more about plants.

The next time you eat breakfast, take a good look at the food on the table. Juice from an orange, wheat and rye in your bread, buckwheat and blueberries in your pancakes, sweet maple syrup drizzled on top, cocoa in your hot chocolate, coffee beans in your coffee, tea leaves in your cup of tea, oats in your porridge, and grapes, bananas and other fruits : all these items come from plants.

If greater action is not taken to preserve and appreciate the plants upon which our cultural history and our survival are based, then humankind will face a grave crisis that could lead to erosion of human values and emotions, and even to the extinction of cohesive social fabric and the culture.

At first glance plants might seem like pretty simple organisms, but further study reveals how complex they can be. Phytochemicals are non-nutrient bioactive compounds of plant origin that include alkaloids, flavonoids, phytosteroids, carotenoids, lycopenes,  indoles, terpenoids, lignans, polyphenols, coumarins, saponins and polysaccharides. Plant derived dietary constituents and phytochemicals are well known to prevent chronic diseases and have numerous health benefits.

Humankind and culture is intricately connected with plants and the nature, and so we need to return to fostering the respect for the nature & natural, which is becoming lost in our globalized and industrial world.

People have always been interested in the odour and use of essential oils (from herbs and spices). This is probably attributable to their aromas, and also to the bacteriostatic and antiseptic properties of many of the plant- chemicals they contain.

Gingkgo Biloba – The Ginkgo tree, Ginkgo biloba (GB) L., is the last remaining member of the Ginkgoaceae family, which once included many species. It has survived unchanged in China for more than thousands of years, and was brought to Europe in 1730 and to America in 1784. Since then, it has become a popular ornamental tree worldwide. Individual Gingko trees may live as long as 1000 years.

Citrus aurantium  – Citrus aurantium has enjoyed a rich history of uses in food, cosmetics, and medicine. It is generally thought that the Citrus originated in Southeast Asia. There are a number of Citrus types, but within oranges the principal members are the sweet orange and the bitter orange.

Noni, Morinda citrifolia History – Noni, the fruit of M. citrifolia, has been traditionally eaten in its native area of Indonesia and Polynesia and today also worldwide. Noni fruits were exported by Polynesians at first to Tahiti, then to Hawaii, and from there noni juice reached the continental United States, where it is now a popular ingredient of many health food supplements.

Rock rose, Cistus spp. – The gum obtained from leaves of species of Cistus  is known as labdanum. It has been collected in the eastern countries of the Mediterranean, Crete, and Cyprus since biblical times.

Damask rose, Rosa damascene – The rose is one of the most ancient of garden plants and the practice of extracting its oil for use in anointing dates to at least the 9th century BC. Damask rose does not grow in the wild, and is thought to have originated by hybridization of wild species, perhaps in Turkey. The so-called Damascus rose became familiar to Europeans through the Crusades. Cultivation began in the Ottoman Empire around Kazanlik, now part of Bulgaria, and today this remains the center of production of rose oil.

Every day, several times a day, you make product and food choices that influence your body’s health for better or worse. Each day’s choices may benefit or harm your health only a little, but when these choices are repeated over years and decades, the rewards or consequences become major.